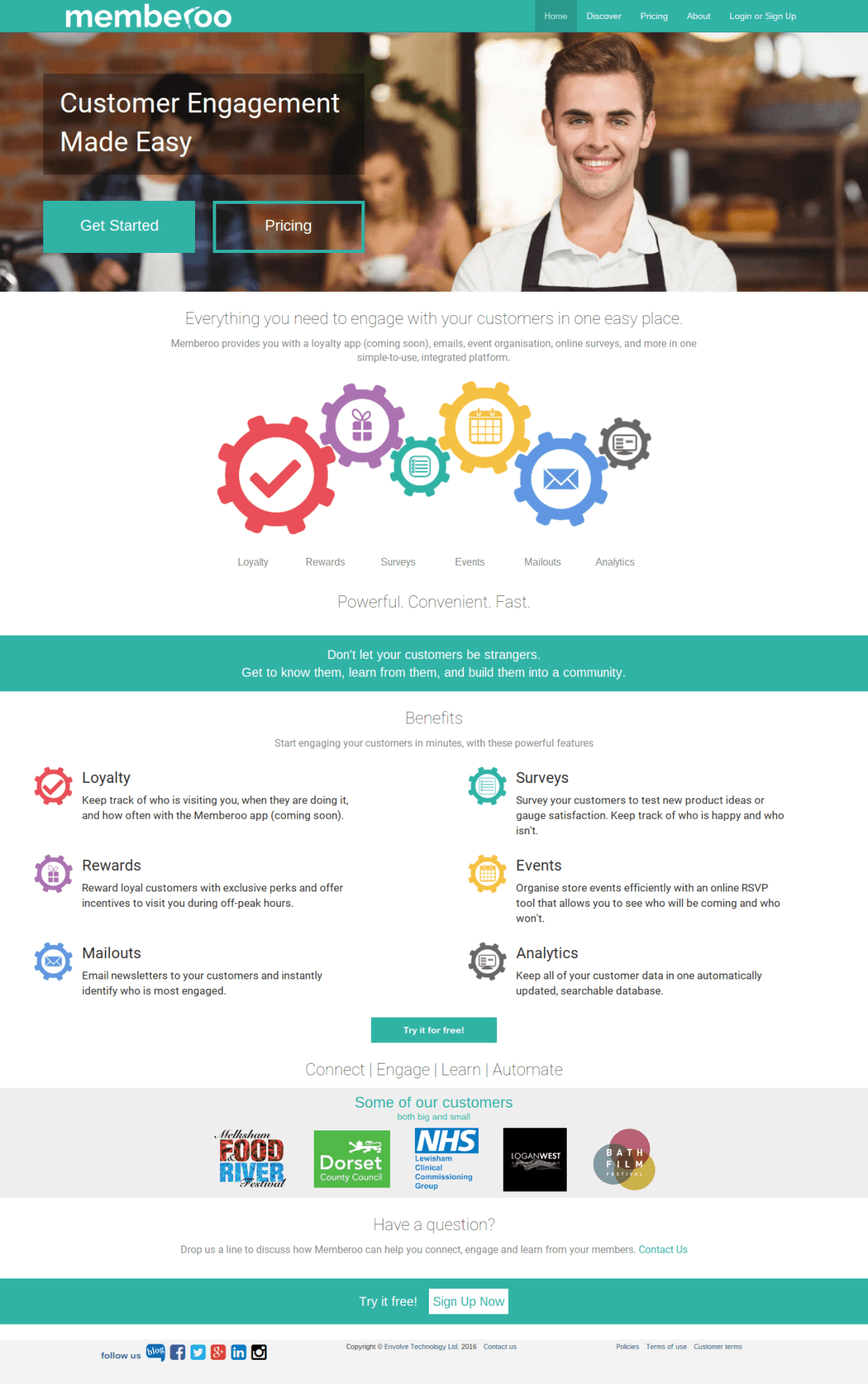 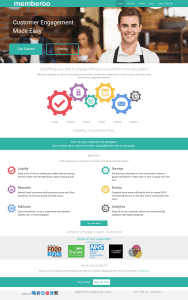 When we first started working with our client Memberoo they asked for help with refining their message to customers and website optimisation for memberoo.net.

We are really pleased to say that in the two months since then there has been fantastic progress on both counts.

Our very first day with Memberoo, at their request, was spent reviewing their customer proposition. Memberoo wanted help with this generally, but they were especially interested in updating their website to make it more accessible to their target market.

This review was extremely productive. It was so productive, in fact, that much more radical change than originally envisioned ensued. After a day of brainstorming with Head Imp Ned Vaught and Marketing Imp Keely Moore, the Memberoo team realised they wanted to make some dramatic revisions to their product. The led to a much more marketable offering aimed at a much more defined segment of the market. Instead of presenting Memberoo as a toolbox for community management, Memberoo was repositioned as the ultimate platform for customer engagement for small and medium retail businesses.

This was a substantial pivot in thinking by Memberoo, but we completely agreed with them. And we were delighted that the discussions we had led had provoked a much deeper reflection among the Memberoo crew than we had expected. It’s great to work with a client that has the courage to put everything on the table for rethinking.

Keely and Ned prepared the copy for the new home page, reflecting this new change in direction. We cannot take credit for the design, which Memberoo did in-house, but we wish we could because it looks fantastic. Fresh, appealing, and straightforward, the new Memberoo home page is a clear statement of the platform’s purpose and benefits.

Meanwhile, Digital Imp Nick Brown was hard at work with website optimisation. The progress on this front has been equally impressive. We agreed with Memberoo to use the Moz Domain Authority (DA) metric as a yardstick for measuring progress. In January the DA for memberoo.net was a lacklustre 12. As of early March it has risen substantially to a very respectable 23.

The nature of Nick’s work means we cannot explain in too much detail how this has been done, but we can describe a few of his major website optimisation efforts.

Most of the website optimisation has come from small changes made to memberoo.net itself. These are still more to come, but the progress so far is already is showing dividends. Memberoo.net is now a much faster website. Google Page Speed Insights gives it 88/100 for loading time on desktop computers.

The site structure has also been tweaked (in ways not immediately obvious to a human user) to make it more friendly to Google’s webcrawlers.

Nick is a strong believer in website optimisation through small, unobtrusive changes to the site itself. This is entirely a ‘white hat’ strategy. Unlike many SEO practitioners, Nick builds progress slowly through good practice and never takes shortcuts that trade short-term gain for potential future penalties.

Memberoo’s message and website optimisation will continue to develop over time. Stay tuned for more updates!