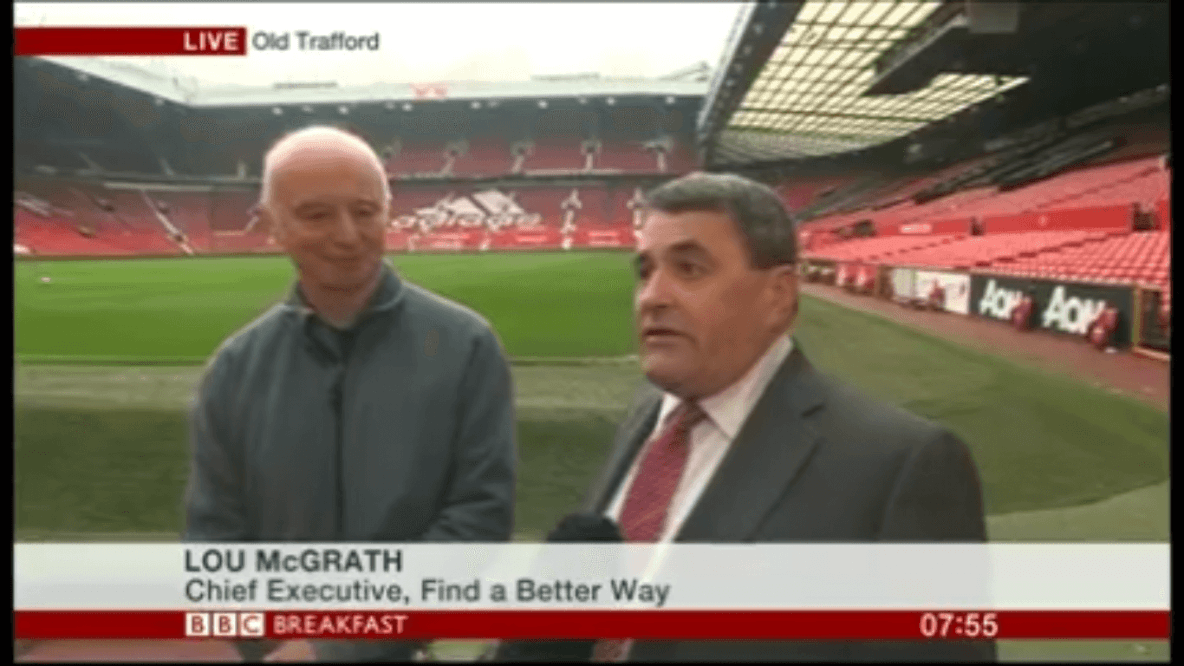 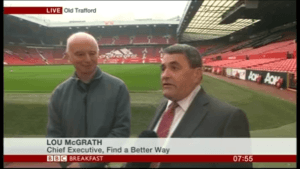 A team of Find A Better Way funded researchers from the University of Bristol brought their landmine-detection drone to Manchester United‘s Old Trafford for a demonstration live on national television during peak morning viewing hours.

Find A Better Way are a very new client for Imp Communications. We learned the demonstration, originally just a photo opportunity, was meant to take place only 72 hours in advance. Manchester United were allowing the drone team access to the pitch on the Monday morning – could arrange any coverage over the weekend? The BBC Breakfast studio is located very close by to Old Trafford, so it seemed worthwhile to get in touch with them. BBC producers expressed interest, but there were a LOT of variables to put together quickly and over a weekend. It was hard work, but it paid off with fantastic first coverage for Find A Better Way.

We had a lot to offer the BBC in terms of expertise. The team was led by Dr John Day, who oversees the research 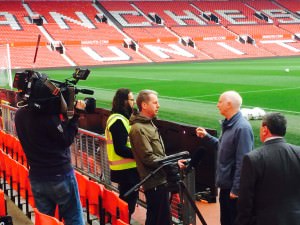 project, and also included researcher John Fardoulis who flew the drone live on air. We were also joined by the incoming CEO of Find A Better Way, Lou McGrath OBE. Lou was drafted in a the last moment when the BBC requested a landmine expert to give the research context. No one knows more about the challenges of landmine removal that Lou, and we were delighted his inaugural public appearance in his new role was for such a big media event.

The coverage was only possible thanks to the amazing support Find A Better Way received from the Manchester United media and stadium management teams. It may not surprise that Manchester United are keen supporters of Sir Bobby’s charity, but the club went beyond the call of duty to help us secure this coverage. Arrangements were fluid and final decisions about coverage were made at the last minute. The BBC Breakfast team were not in a position to confirm if the story would be aired until late on Sunday afternoon. Being ready for filming at 7 am meant an early start for the club’s stadium management team, who had already had a full day the day before (a late-afternoon kick-off against Everton plus the unveiling of the newly rechristened Sir Bobby Charlton Stand). Letting scientists fly a drone around their pitch and then letting the BBC film it live is a lot more than many clubs would have done, and shows their deep commitment to the work of Find A Better Way.

The BBC Breakfast coverage was presented by Graham Satchell, who was surprisingly knowledgeable about landmines. Previous correspondent duties in Afghanistan gave Graham great insight into the challenges landmines pose for post-war societies, so his interviewing turned out to be especially insightful.

By airing at a few minutes before 8 am, the story received maximum exposure from BBC Breakfast. The programme’s viewership typically peaks between 7:45-8:15. One BBC technician estimated the slot was seen by 2-3 million viewers.

Getting such huge coverage for a new client was a real rush for us, and was well worth the hard work and hustle required. Find A Better Way were delighted with the results, and we are looking forward to generating more PR successes for them soon.