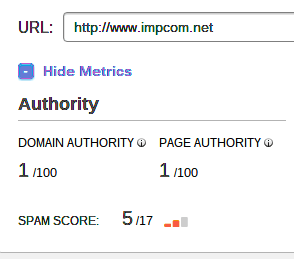 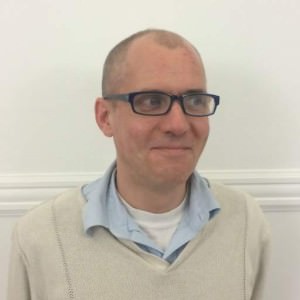 We’ll admit it, up until recently we always assumed ‘SEO’ was only so much snake oil. Not that there wasn’t something to it (after all, Google has to choose someone to rank top in a search), but nearly everyone selling SEO expertise appeared to be blowing so much hot air. Lots of people are willing to take your money for SEO help, but it’s rare that anyone backs up their sales patter with a meaningful demonstration.

That’s what we thought, at least, until we started working with Nick Brown.

Nick has done some pretty amazing things in the world of SEO (although,  like most SEO-practitioners these days he doesn’t like the now-sullied term ‘SEO,’ and prefers to be called a ‘Digital Marketer’), Even more impressive, he can back up his talk with some eye-popping demonstrations. We’d love to show you these feats of SEO-daring-do, but as they’re with non-Imp clients we thought that might look a bit odd. Instead we’ve set Nick a public challenge for everyone to see: fix our website, impcom.net.

If we’re going to be honest, impcom.net is totally broken SEO-wise. It’s so bad in fact that Nick’s original advice was to ditch the impcom.net URL altogether and start again.

Here’s why: on the widely-respected Moz Domain Rank scale impcom.net ranks 1 out of 100 on their normalized scale. It’s as low a ranking as you can get in SEO – one typically reserved for websites created five minutes ago. As impcom.net was created in late 2013, this is pretty disastrous. If we had registered the URL and simply left it unused it would probably have accrued at least a ranking of 10 by now.

What’s worse, Moz also assigns impcom.net a spam score of 5/17. It’s not immediately obvious to the uninitiated, but a 5 spam score is really, really bad. By ‘spam,’ Moz aren’t referring to pest emails, but rather elements on the website that will look suspicious to Google and possibly earn the site a penalty. According to Moz a spam score of 5 means there’s an 11% chance that Google will penalize impcom.net. Yikes!

But penalties only matter if there’s a chance that someone will see impcom.net on a Google search. We’re ashamed to admit it, but the chances of anyone doing so who didn’t already know us by name is pretty low. On our most obvious search term, ‘PR Bath,’ impcom.net comes in at the bottom of page 5 of a Google search in a shameful 48th place! Double yikes!

And it gets worse. There are actually no key word searches that rank impcom.net in the top 20 results other than ‘Imp Communications’ itself. Not a one. That means as far as SEO goes, impcom.net has been an utter failure. If it were possible to have a negative Moz ranking, we would have it.

There’s one simple reason for this: we’ve never paid much attention to our website, whether for SEO or anything else. When you’re growing and getting lots of clients from word-of-mouth it’s easy to think that SEO doesn’t matter. But if we’re honest we’d have to admit there was more to it that that. We didn’t really understand SEO and our knowledge of it was limited to the half-truths and rumours that circulate in the marketing ecosphere. We knew just enough to know it was complicated and that we didn’t understand it.

SEO Bath to the rescue!

But now we have Nick, and we’re setting him some challenges:

As a PR and marketing agency, announcing our SEO goals in public is a bold move. But we’re a bold bunch. And we believe in Nick. He thinks these goals are more than doable, so we will probably do much more than what we’re announcing in public.

We’ve started out with a total revamp of the site itself (the fact that you are reading a blog post on the site is one enormous change as we didn’t even have a visible blog until now). We’re also working on our page speed. You can get up and make a decent cup of tea (almost) between typing ‘impcom.net’ into your browser and the page finishing loading. And we’re finally creating a decent place to show off our clients. These are all just initial fixes. The fun stuff is yet to come!

We’ll update you on our progress as we go along. Until next time!

UPDATE: Imp Communications surged forward to second place for the search “PR Bath.” Nick has now gone on to set up a SEO Agency based in Bristol and Bath